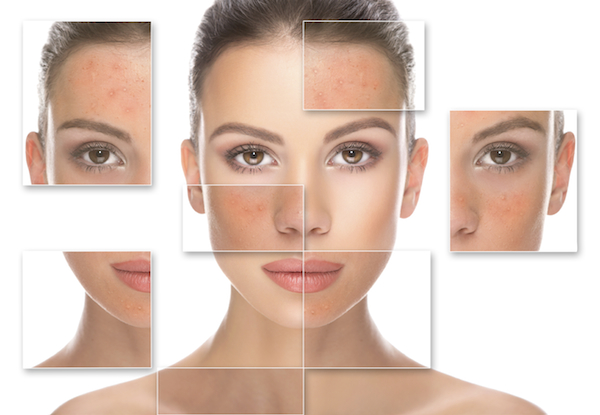 Did you know that April is Rosacea Awareness Month? Rosacea is a common but poorly understood chronic disorder of the facial skin that is most prevalent in fair-skinned women. It typically appears after the age of 30. Rosacea starts as a redness or flushing on the cheeks, nose, chin, or forehead which may come and go. It may also occur on the neck, chest, scalp, and ears. Over time, symptoms worsen as the redness becomes ruddier and more persistent, and visible blood vessels may appear. Left untreated, bumps and pimples often develop, and in severe cases the nose may grow swollen and bumpy from excess tissue.

While there is no cure for rosacea, its appearance can be dramatically reduced through laser treatment and with the correct skin care regimen. People who suffer from rosacea should take care to avoid certain triggers such as:

Laser treatments are effective in removing visible blood vessels, reducing redness, reducing acne bumps associated with rosacea, and correcting disfigurement of the nose. During laser treatment, the skin becomes smoother by stimulating the growth of new collagen fibers in the treated skin.

The goal of Rosacea Awareness Month is to actively spread public education on this disease so that more people who may have the condition seek medical help before it gets worse, and so those whose lives are affected can find greater public understanding.

“The earliest signs of rosacea are often overlooked because people assume they are temporary and will go away,” said Dr. John Wolf, chairman of dermatology at Baylor College of Medicine. “Unfortunately, without medical treatment the effects of rosacea often persist and become increasingly severe.”

If you or someone you know has rosacea, please schedule a complimentary consultation with us to review treatment options.