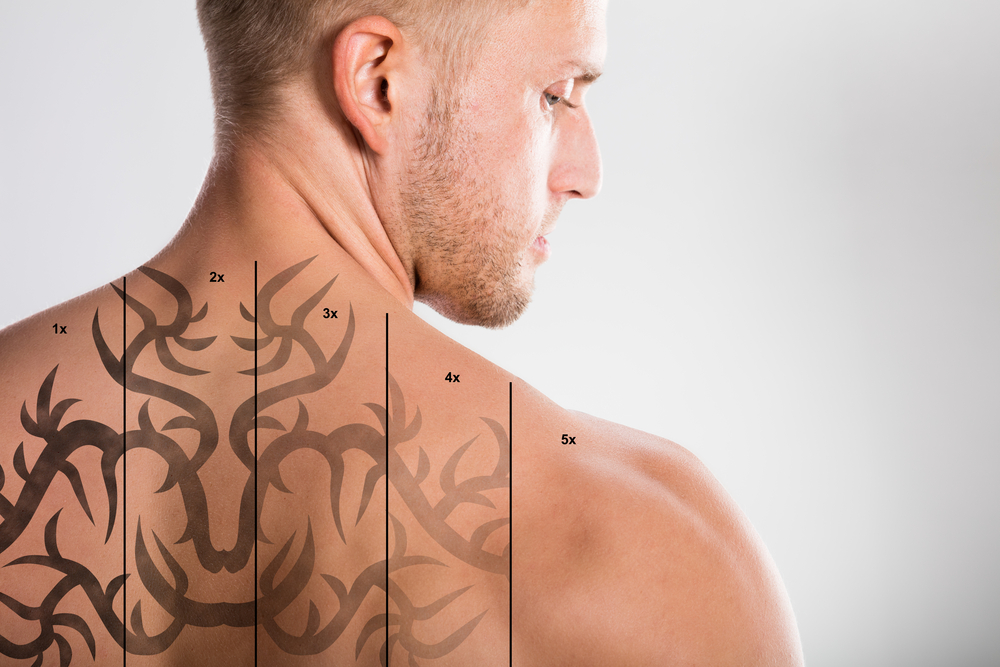 A consultation is an incredibly important part of any tattoo removal process, as it allows our Laser Tattoo Removal experts in Northern Virginia to explain their knowledge about the procedure, while also answering any questions a patient may have.

Below, we’ve compiled the most commonly asked questions by patients and provided answers.

How Much Does Laser Tattoo Removal Cost?

Laser Tattoo Removal pricing is typically an important factor for most patients and we recommend that providers have a clear pricing structure so that it’s easy to give a quick and simple answer when this question is asked. It’s also best to have a consultation focused more on what can be offered rather than the cost.

Generally, however, it costs about ten times more to get a tattoo removed then it did to have it applied. Once the tattoo is gone, however, it’s gone forever, so it may be a worthwhile expense for someone who doesn’t like their tattoo.

Many practices have a minimum price of around $75-$125 for extra-small tattoo removal. This often the price advertised in order to give patients a rough idea of what to expect. In some cases, it might also take a few sessions to completely remove a tattoo, so it’s important to discuss per session pricing. Treatment packages may also be a point of discussion.

How Long Will It Take To Remove My Tattoo?

While some people may be looking to remove a tattoo before a specific event, it’s important to note that the process relies solely on the body’s ability to remove ink from the skin. For example, it could take the body over a year to fully eliminate ink, so it’s important to discuss this up front.

Generally, we recommend a minimum of six weeks between laser sessions and eight weeks for darker complexions. If tattoo removal treatments are done too close together, damage can be caused or patients could end up experiencing permanent side effects. Because of this, we recommend waiting three months between treatments for ideal results.

Ultimately, it cannot be determined how many treatments will be needed to fully remove the tattoo, but practitioners should be able to provide an idea of how easily a tattoo can be removed. We generally recommend speaking in terms of treatment ranges when it comes to discussing timelines. For example, some tattoos may need less treatments while others may need more.

Simply put, it depends on the patient and his or her tattoo.

While many say it hurts less than expected, laser tattoo removal typically does involve some level of pain. Many, however, compared it to the feeling of the tattoo being applied and not an excruciating type of pain that is often associated with laser removal.

When discussing the type of pain during a consultation, it’s important for a practitioner to convey the idea that while there may be some pain, it’s often bearable and manageable. Many practices also typically offer some type of skin numbing to ease the pain.

Will It Leave a Scar?

This will depend on if a scar is already present in the area being treated. If the tattoo already features scarring for example, that is expected to remain, as many people don’t typically realize that any scarring is often left over from when the initial tattoo was applied.

So while it’s common for a patient to scar from a tattoo initially being applied, removal doesn’t typically result in more scarring if proper laser protocols and patient aftercare are used.

If there is pre-existing scarring present, it should be discussed during the consultation so that both the practitioner and the patient are on the same page about it.

And ultimately, while it’s uncommon for scarring to be caused by the laser removal sessions themselves, it is still possible. Another risk comes from when patients don’t properly follow aftercare instructions. If everything is done properly, however, scarring is unlikely.

Can You Help Me Revise This Tattoo?

Some patients may not want tattoos removed completely and yes, it is possible to have tattoos revised during this process.

Those who are interested in having their tattoos revised typically fall into two categories:

Patients that fall into the selective removal category are usually looking to erase a part out of a larger tattoo piece. This is common if patients want specific names removed or if a certain area of their tattoo didn’t come out as hoped.

Cover-up patients, meanwhile, are usually looking to have a tattoo faded down so that an artist will have an easier time designing a tattoo to be drawn in its place. Fading is a simpler process and requires less treatments than full removal

Are There Side Effects?

Patients should expect there to be some side effects and it’s important to note that some of these effects may actually be part of the body’s immune response that helps in eliminating ink.

The most common side effects include the following:

If proper protocols are followed, however, most of these side effects will be temporarily and likely only last a day or two.

Hypopigmentation and hyperpigmentation are typically temporary as well and are expected to resolve naturally over the time. Patients should also avoid sun exposure following treatment to limit any of these effects.

How Does It Work?

Many patients tend to believe that the laser “burns” the tattoo out of the skin, but that isn’t necessarily the case.

According to a blog post, for example, the laser works by sending light energy into the skin.

Once the laser has broken the ink into smaller pieces, your body’s immune system works to remove the ink over the following weeks, flushing it away from the tattooed area. We see the result of this as the tattoo lightening in appearance.

Each additional laser treatment breaks down more and more ink until the tattoo can no longer be seen.”

For more information on this process as a whole, please feel free to schedule a consultation with GMA today.

‼️ Don’t miss out on our Back To School Boto